I’ve been in Maine now for 17 days. The move from New Orleans to the wilds of Maine was eventful for certain. I developed pneumonia, and I’m still recovering. Simple tasks like washing dishes or doing laundry leave me weak and shaking.

Due to my illness, my schedule is messed up. (I am still surprised I made it in one piece and alive. I lost a few days while sick.) The BHS Anthology, A History of Trouble, should be done by the end of this month and I aim to have it in my editor’s hands by September 1st.

The Farm, my new home, is amazing. It is beautiful and grand and peaceful. It needs a lot of love and care, and long-term renovations to ensure this old house lasts for another 250 years. It has working plumbing, heat, electricity, and generations of memories and belongings from the previous owners. (The Farm is owned by the family.)

The peace and quiet here are amazing. I can already feel myself settling in and wanting to write more.

Moving is never easy. It’s even harder when you’re doing it alone, and it’s across the whole country! Ok, maybe not the whole country, but it is 1946 miles and that’s a serious drive. I wish I was flying it, but that’s not an option. Just me, my pets, and a fifteen foot Uhaul trekking northeast from New Orleans to northern Maine. I seriously underestimated the amount of stress this would be putting me under, and the amount of work I would be putting into it on a daily basis. My writing has suffered for it. The BHS Anthology has been pushed back until either end of August or early September. The edits have already been paid for it, so it will be coming out, I just need to find the time to work on it! I honestly wish I didn’t have to sleep to live sometimes.

I will be off the grid from July 30th to August 6th. Regular check-ins via my phone on the drive, but I won’t be checking email or the website until after I get to my new place and get my office set up. To follow me on my trip north, you can find me on Twitter and Facebook, see my social media links at the top left of the page.

The World of The Beacon Hill Sorcerer #4

Simeon is the First Elder vampire of the Boston Bloodclan, second only to the Master of the City, Constantine Batiste. Simeon was turned into a vampire, one of the sentient undead, when he was 26 years old, in the early 1600s. Simeon is unclear of the year of his birth and the year he was Changed, but that is his best estimate of his age and the calendar year.

A native-born son of Ireland, Simeon is a descendant of the Celtic tribes and Roman invaders, his lineage tracible to a Celtic warrior and Roman noblewoman. This is a family legend though, as Ireland largely escaped the Roman invasions that conquered ancient Britannia making it highly unlikely that a Roman noblewoman would be anywhere near Ireland. Recent archeological discoveries have found Roman-Briton artifacts in southern Ireland and along the east coast of the island, dating from the earliest years of the Roman expansion of its borders north of France and the Continent; some modern discoveries have given some weight to the family legend.

The clan to which Simeon belonged was descended from druids and magical practitioners native to Celtic tribes of Ireland, and his clan practiced traditional tattooing and fighting techniques used for millennia by the Celts from Pre-Roman times. His clan existed in a microcosm, a secluded area in a heavily forested area in north-central Ireland, reducing the contact with “modern” advancements and cultural shifts. Countless Irish heroes populate the Ó Daimhín family tree, and close proximity and intermarriage with native fae species and practitioners led to the further segregation of the Ó Daimhín clan–mundane humans kept at a distance, and the clan remained remote until inter-clan conflicts rose in response to a surge of British military presence in Ireland between 1590 and 1625.

Simeon was raised from infancy to be a warrior–despite his ancestry, Simeon exhibited minimal levels of magical affinity. He was exceptional in the physical art of sword fighting and could wield a number of ancient and 17th-century weapons with proficiency. He was particularly skilled in spear fighting and the use of an evolved version of the Roman gladius, often nicknamed a “bastard” sword by Elizabethan British infantry.

The rest of Simeon’s history will be revealed in the Series and Shorts to come.

World of the Beacon Hill Sorcerer #3 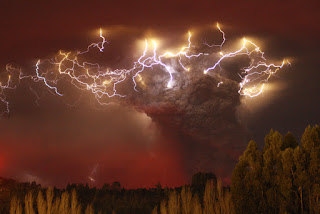 “Tapping the veil”, ie accessing a limitless dimension of magical energy that exists parallel and adjacent to this dimension. It exists between all parallel universes and realities. The veil can only be breached by magic users with sufficient personal strength. A natural, potential ability for all sorcerers that still requires training, and the more personal stamina, talent, and skill a sorcerer has, the longer they can access the veil. Extremely dangerous for an untrained practitioner to access the veil, and sorcerers have died before or killed others accidentally with veil-drawn power when their personal store of energy becomes exhausted or they lost focus due to mental fatigue. Only the best sorcerers can recharge themselves as they tap the veil while also utilizing it.

The veil can be accessed by a sorcerer through a mysterious means called “tapping”, and it is a technique used only by human practitioners. Other species have their own sources of power or can access the veil through biological means, innate gifts they might be born with, whereas human practitioners need to have sorcery-level talent and be trained in the technique. Witches, wizards, and psychics and sensitive humans cannot access the veil, though wizard-ranked practitioners can sense the ambient fields and how they fluctuate when the veil is accessed in their vicinity. Accidental access to the veil is possible, though those who do so rarely survive the experience if there isn’t a trained sorcerer nearby to free the victim.

The best description available for “tapping the veil” is the reason all sorcerers are trained in complete self-awareness–once a sorcerer can separate their own magic and their place in that world, they can move their awareness outside their own bodies and minds and cut through the intangible barriers between realities. This is similar to what a sorcerer does during a summoning of a demon, as well, though summoning a demon is more complicated, whereas in tapping the veil, it is just like opening a release valve instead of trying to pull something through.

The source of magic within the veil comes from all living things and active molecular movement in physical objects. Living organisms, from single cell amoebas to leviathans hiding beneath the sea cast off magical energy. Some species of supernatural creatures are capable of accessing this magic at the point of genesis, and produce more active, tangible magical power than humans. Practitioners use their own personal magical energy as well, and the higher ranks can access ambient magic in the world around them that has yet to bleed across to the veil. The stronger the practitioner, the greater the depth of their personal magical reserves. This is true of all practitioners, regardless of affinity.

The Mate Bond Between Angel and Simeon 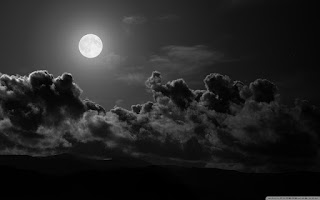 In Book #2, The Necromancer’s Dilemma, Angel and Simeon’s mate bond is almost totally complete. When this happened, Angel was able to access not just Simeon’s personal vampiric powers, but also the primordial death magic that animates the Sentient Undead–vampires.

The primordial death magic and death magic in general is very different from the “living” magic created by living creatures. Death magic seeps and pools, holding still in clusters in the world, and it is everywhere. Not just in places of death or dead things, but literally everywhere. It coats everything, and it can never be exhausted but for very specific circumstances.

Death magic is generated by all living and mortal creatures, even when alive, just in small amounts, and when something living dies, the death magic remains while the spirit departs, and the living magic stops being produced at the same time as the death event.

Here is where Angel and Simeon’s bond comes into play. The veil takes power to use power, and holding the veil open for its use is dangerous and cannot be permanent. In the case of the mate bond between Angel, a necromancer, and Simeon, a vampire, Angel is given constant, effortless access to the primordial death magic in our reality. This death magic has no limit. It has been present in this reality for millions of years. It is older than the age of dinosaurs.

Due to Angel’s affinity for death, he does not need to exert himself to access this power. As long as Angel is mated with Simeon, the potential is endless for what he can do. 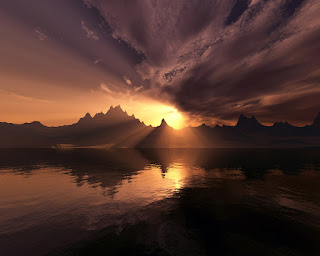 This is what Angel calls the place in which spirits and souls go when they die. All that lives and dies goes to The Other Side, sometimes called the Abyss. Angel, as a necromancer, can call souls back from The Other Side, but he himself cannot see beyond it. Whether it be Heaven, Hell, or something unknown, he cannot tell for sure. He has sometimes sensed a Presence in The Other Side, an infinite awareness that stares back at him when he resurrects the departed or uses his affinity to heal the living in their moment of dying. Angel’s experience in touching The Other Side leaves him less religious than other humans, as nothing in modern religion has any explanation for what The Other Side may be except for baseless conjecture. His brushes with the Presence leaves him with definitive knowledge that there are beings of immense power, and he doesn’t need faith when he knows.

This frame of mind is not unique to Angel, as most necromancers have some similar thought processes. Despite the frequency in which necromancers become priests and clerics, they are all deeply skeptic and cautious in labeling the Presence and The Other Side. This habit of necromancers also explains some of the hatred and prejudice they get from others throughout history.

All the above is original concepts created by SJ Himes for the Beacon Hill Sorcerer series. Artwork/photographs property of their respective creators.

Welcome everyone to my new website! I am so excited to have you here. I’ll be using the site as the base of operations for my blog form this point out. I want to thank SloanJ Designs for creating such a marvelous new site for me. It’s simple to use, easy to adapt, elegant, and sexy.

I have a new book out, Book 3 in The Beacon Hill Sorcerer series, THE NECROMANCER’S RECKONING. I love this book, and I hope readers do, too! I’ll have more posts to share a couple times a month in the future.

This site uses Amazon affiliate links and a small income may be accrued from sales made by those links.