The World of the Beacon Hill Sorcerer

**Warning: Contains spoilers for The Necromancer’s Dance (book #1 of the Beacon Hill Sorcerer) 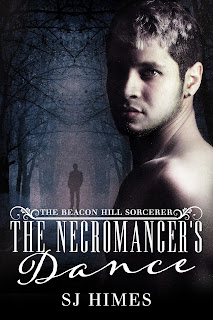 Necromancer: a sorcerer-ranked magical practitioner with an affinity for death. Can heal mortal injuries, commune with the dead, summon and control spirits, and is the natural nemesis of the sentient undead–vampires. All death magic, natural and spiritual, is under the control of a necromancer and comes easiest out of all the different types of magic accessible to a sorcerer. Necromancers can steal and overcome other sorcerers’ spells that utilize death magic if the original caster is not also a necromancer. Death magic affinity is extremely rare, and necromancers are often victims of religious prejudice due to fear and superstition. Necromancers have historically been priests, clerics, and battlemages.

Note: Necromancers are capable of resurrecting the dead.

Sorcerer: Highest rank of human practitioners of magic. Capable of “tapping the veil”, ie accessing a limitless dimension of magical energy that exists parallel and adjacent to this dimension. The veil can only be breached by magic users with sufficient personal strength. A natural ability for all sorcerers that still requires training, and the more personal stamina, talent, and skill a sorcerer has, the longer they can access the veil. Extremely dangerous for an untrained practitioner to access the veil, and sorcerers have died before or killed others accidentally with veil-drawn power when their personal store of energy becomes exhausted or they lost focus due to mental fatigue. Only the best sorcerers can recharge themselves as they tap the veil while also utilizing it.

Note: Sorcerers are at the top of the magical practitioners’ hierarchy, though this is a cultural distinction and has little legal weight behind it.

Sorcerer-ranked practitioner, affinity for death. Only necromancer in the entire Eastern Continental USA. Resides in Boston, Massachusetts in historic Beacon Hill neighborhood. Oldest son and one of only two surviving members of the ancient and prestigious Salvatore clan. Historically, they were teachers of high sorcery, and the Salvatores have a long history of necromancy, and fire and earth magics. Famous for being one of the warring families in the Blood Wars, a feuding war between several magical families in the Northeast that resulted in the death of the Salvatore Clan and the imprisonment of the perpetrators of the massacre.

Survived the final battle by destroying an army of vampires with a single spell, and gained infamy throughout the supernatural community. His little brother Isaac survived the onslaught due to Angel’s quick thinking and his brother’s intent to die and take as many vampires out with him as he could. Angel lived, and as they were the only surviving members fo their clan, Angel, twenty years old at the time, raised the thirteen-year-old Isaac.

Angel is twenty-nine years old in both Book #1 and Book #2 of Beacon Hill Sorcerer. He is involved romantically with Simeon, a four-hundred-year-old vampire Elder of Boston’s only Bloodclan.

Angel has a familiar, a young dragon named Eroch, the only one of his kind to be seen in this dimension in hundreds of years.

Angel is snarky, loyal, blunt, intelligent, and protective. He carries guilt and pain over what he had to do to survive when he was younger, and that bleeds over into almost every aspect of his life. Angel is a teacher, a specialist tutor in high sorcery, and he works with his business partner and best friend, Dame Milly Fontaine, a sorceress with a mysterious past and a penchant for swearing when mad. 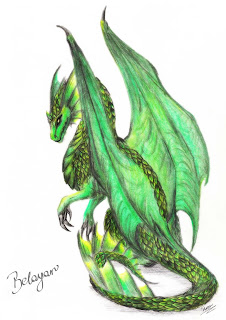 Click here to get The Necromancer’s Dance from Amazon

Part II of The World of The Beacon Hill Sorcerer coming soon!

All the above is original concepts created by SJ Himes for the Beacon Hill Sorcerer series. Artwork property of their respective creators.

I’m going to drop a link here to my OLD blog on Blogger. I no longer use it, and it has some great content in there if you don’t mind scrolling. I’ll be importing some of them.

Where the Wolves Run and Finding My Way old blog!

Welcome everyone to my new website! I am so excited to have you here. I’ll be using the site as the base of operations for my blog form this point out. I want to thank SloanJ Designs for creating such a marvelous new site for me. It’s simple to use, easy to adapt, elegant, and sexy.

I have a new book out, Book 3 in The Beacon Hill Sorcerer series, THE NECROMANCER’S RECKONING. I love this book, and I hope readers do, too! I’ll have more posts to share a couple times a month in the future.

This site uses Amazon affiliate links and a small income may be accrued from sales made by those links.